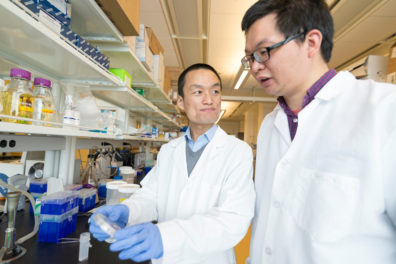 Many cancers can be successfully treated, but treatment itself often comes with risks as well. Cancer therapy that uses anthracyclines—a class of commonly used chemotherapy drugs—has been associated with heart damage that can eventually result in heart failure. It is thought to be the reason why heart disease is a leading cause of death in cancer survivors, immediately following cancer recurrence.

Scientists have not fully understood how exposure to anthracyclines can lead to heart failure, but a new study led by researchers at Washington State University has made a giant leap toward that goal. 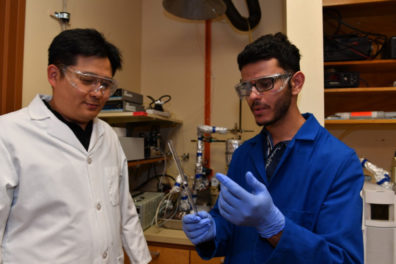 Washington State University researchers have made a key advance in solid oxide fuel cells (SOFCs) that could make the highly energy-efficient and low-polluting technology a more viable alternative to gasoline combustion engines for powering cars.

Led by PhD graduate Qusay Bkour and Professor Su Ha in the Gene and Linda Voiland School of Chemical Engineering and Bioengineering, the researchers have developed a unique and inexpensive nanoparticle catalyst that allows the fuel cell to convert logistic liquid fuels such as gasoline to electricity without stalling out during the electrochemical process. The research, featured in the journal, Applied Catalysis B: Environmental, could result in highly efficient gasoline-powered cars that produce low carbon dioxide emissions that contribute to global warming. 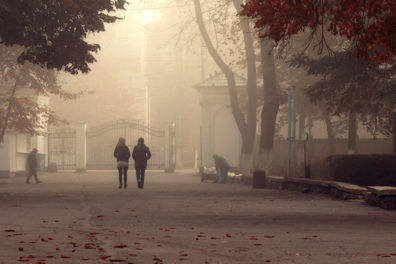 Young people who have asthma will test a phone app to help them manage their condition during wildfire season in a Washington State University College of Nursing-led study that’s getting under way.

The study is currently recruiting participants ages 18-26 in the Pacific Northwest, said Julie Postma, principal investigator and associate dean for research at the College of Nursing.

“We want to help young people with asthma prepare for wildfire smoke and learn to manage it so they can stay active and healthy,” she said.

The study is based on a phone app developed by the EPA that tracks air quality, active fires and the direction of smoke plumes. It offers information to reduce smoke exposure and asks users questions about their health and activities for a crowd-sourced look at how people respond to wildfire smoke. 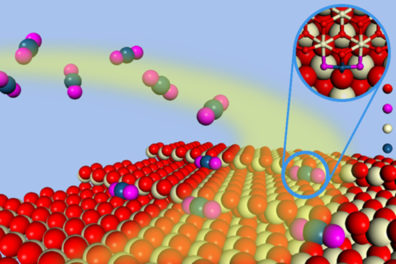 A Washington State University-led multi-institutional research team has received a $2.5 million Department of Energy grant that aims to reduce the use of rare and expensive metals in catalytic converters. The project will lower auto manufacturing costs while reducing air pollution.

The team includes the University of New Mexico (UNM), Pacific Northwest National Laboratory and industry partners BASF and Fiat Chrysler.  The project is one of 55 nationwide to support new and innovative advanced vehicle technologies. 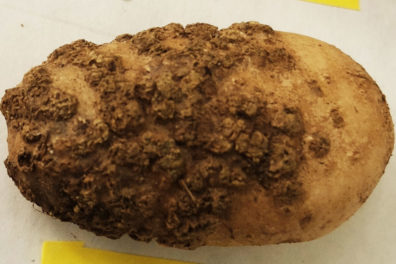 A team of Washington State University scientists are taking on a destructive complex of diseases affecting valuable potato crops, thanks to support from a joint program of the National Science Foundation and USDA’s National Institute of Food and Agriculture.

A disease lurking below ground
Potatoes are a multibillion-dollar industry in Washington State, and Pacific Northwest farmers grow more than 60 percent of the country’s spuds.

Over the last few years, however, Washington’s potato industry has encountered a new threat: Potato mop top virus, a pathogen that lives in soil and attacks the tuber, darkening the flesh and making potatoes unsellable.