OLYMPIA, Wash. – Four Washington State University faculty have been elected to the Washington State Academy of Sciences and two others were chosen to serve on the academy’s leadership board in 2018. 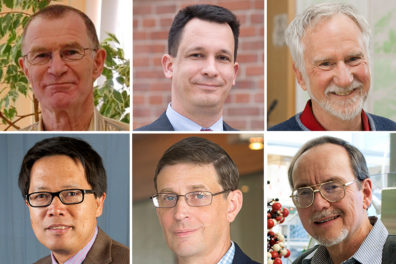 New members are accepted in recognition of their outstanding record of scientific achievement and willingness to work on behalf of the academy in bringing the best available science to bear on issues within the state of Washington.

On May 20, the NASA-funded Final Frontier Plant Habitat and Cold Atom Laboratory (CAL) will blast off for the International Space Station where they will be used by WSU researchers to investigate how the growth and development of plants is affected by microgravity, and to probe quantum phenomena that would be impossible to observe on Earth.

Sleep deprivation can take a heavy toll on our ability to make sound decisions, with potentially disastrous outcomes. With support from a $2.8 million grant awarded by the U.S. Department of Defense, a team of researchers from Washington State University’s Sleep and Performance Research Center will embark on a new three-year research study to find out how exactly this works inside the brain. 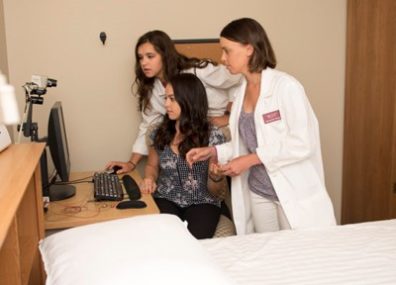 Funded through the Congressionally Directed Medical Research Programs, the project will lay the groundwork for the development of new countermeasures to reduce the harmful cognitive effects of sleep deprivation in military operations and other around-the-clock, safety-critical settings.

These highly competitive ‘CAREER’ awards are given once a year and provide substantial support to pre-tenure teacher-scholars.

Kevan Moffett, assistant professor of environmental hydrology with the WSU Vancouver School of Environment , will receive $690,534 over five years to study how the urban water cycle interacts with the heat generated by urban areas. The grant covers graduate student support and tuition as well as materials, supplies, data management, communication, education development and overhead costs. The grant period begins Aug. 1.

Andrei Smertenko is leading the way on the science of long division; long division in trees, that is. The Washington State University molecular biologist studies the cellular architecture of plants in the hopes of helping grow renewable resources faster. “Super-long divisions in trees take a long time. Once we understand how the phragmoplast functions, we will be able to engineer trees with faster cell divisions and faster growth,” said Smertenko, a professor in WSU’s Institute of Biological Chemistry. “Fast-growing trees would produce timber and other renewable materials more quickly.”