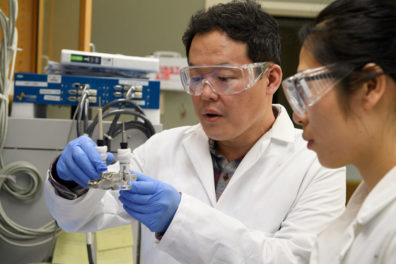 A Washington State University research team has developed a way to address a major safety issue with lithium metal batteries – an innovation that could make high-energy batteries more viable for next-generation energy storage.

The researchers used a formulation for their batteries that led to the formation of a unique, protective layer around their lithium anode, protecting the batteries from degradation and allowing them to work longer under typical conditions. Led by Min-Kyu Song, assistant professor in the WSU School of Mechanical and Materials Engineering, the researchers report on the work in the journal, Nano Energy. 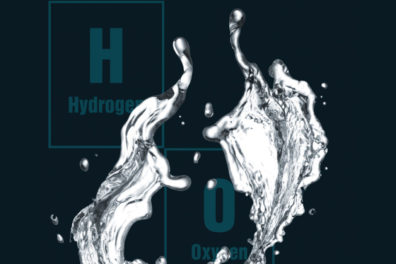 A breakthrough into splitting water into its parts could help make renewable energy pay off, even when the sun isn’t shining and the windisn’t blowing.

Using solar and wind power when it is available for water splitting, a process that uses electricity to split H2O into hydrogen and oxygen, offers a way to store energy in the form of hydrogen fuel. 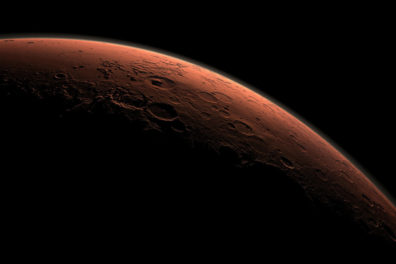 Organic compounds called thiophenes are found on Earth in coal, crude oil and oddly enough, in white truffles, the mushroom beloved by epicureans and wild pigs.

Thiophenes were also recently discovered on Mars, and Washington State University astrobiologist Dirk Schulze‑Makuch thinks their presence would be consistent with the presence of early life on Mars. 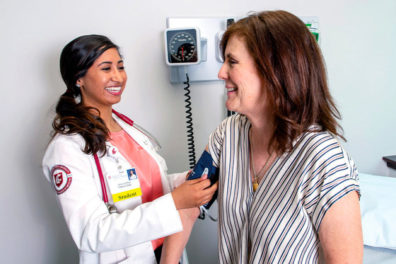 Researchers at Washington State University Elson S. Floyd College of Medicine have issued a new report showing that increasing access to primary care physicians by just one physician per 10,000 people results in lower mortality for all causes of death in Washington.

The study examined data from the American Medical Association, the Washington State Department of Health, and the United States Census Bureau to analyze the intersection of neighborhood location, cause of death in decedents, and distance to a primary care physician (PCP). Across the state, the average PCP access score was 10 physicians per 10,000 people, with 21 block groups or neighborhoods having a PCP access score of less than one physician per 10,000 people. 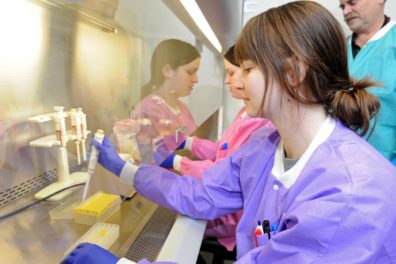 “This will give us a clearer picture of this disease’s interaction with pet animals,” said Charlie Powell, public information officer for WSU’s College of Veterinary Medicine.

Reports from other parts of the world indicated that pet and zoo animals can contract COVID-19 from infected humans, according to an April 6 report from WADDL. This does not, however, indicate that companion or zoo animals can transmit the virus to humans.