“The AAVMC is proud to recognize outstanding educators and researchers like Dr. Palmer who elevate academic veterinary medicine and inspire others through their commitment to professional excellence and service,” said the association’s Chief Executive Officer Dr. Andrew T. Maccabe.

Washington State University researchers have reverse engineered the way a pine tree produces a resin, which could serve as an environmentally friendly alternative to a range of fossil‑fuel based products worth billions of dollars.

Mark Lange and colleagues in the Institute for Biological Chemistry literally dissected the machinery by which loblolly pine produces oleoresin. Before the arrival of petroleum-derived alternatives in the 1960s, the sticky, fragrant oil‑resin mixture was central to the naval stores industry and products ranging from paint and varnish to shoe polish and linoleum.

Take a look at research life aboard the International Space Station and Expedition 55, via the first 8K ultra-high-definition video. 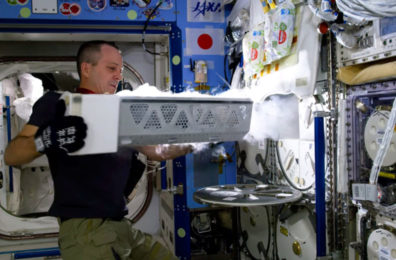 The project features an in‑space plant growing project, funded by a $2.3 million NASA initiative, and led from earth by Norman G. Lewis, a Regents professor at WSU’s Institute of Biological Chemistry, specializing in molecular plant sciences. 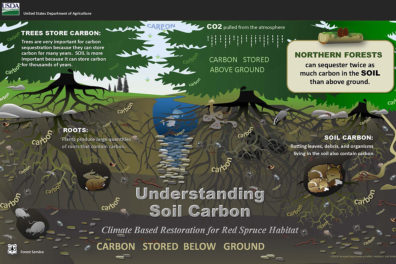 Six Feet Under: Deep Soil Can Hold Much of the Earth’s Carbon

One‑fourth of the carbon held by soil is bound to minerals as far as six feet below the surface, a Washington State University researcher has found. The discovery opens a new possibility for dealing with the element as it continues to warm the Earth’s atmosphere.

One hitch: Most of that carbon is concentrated deep beneath the world’s wet forests, and they won’t sequester as much as global temperatures continue to rise.

Marc Kramer, an associate professor of environmental chemistry at WSU Vancouver, drew on new data from soils around the world to describe how water dissolves organic carbon and takes it deep into the soil, where it is physically and chemically bound to minerals. Kramer and Oliver Chadwick, a soil scientist at the University of California Santa Barbara, estimate that this pathway is retaining about 600 billion metric tons, or gigatons, of carbon. That’s more than twice the carbon added to the atmosphere since the dawn of the Industrial Revolution.