Experts in quantum computing, sensing, and simulation with cold atoms gathered on the Washington State University (WSU) Pullman campus in February for a Northwest Quantum Nexus (NQN) workshop and to discuss the state of quantum physics research in the region. The workshop, held prior to the current meeting restrictions, focused particularly on the role of atomic systems in the future of quantum technology and included participants from across the Pacific Northwest, Midwest, and Canada.

The implementation of cold atom systems, including trapped ions, degenerate gases, Rydberg excitations, and ultracold molecules, have generated a boom in the development of fundamental quantum science over the last few decades. The potential for impact on quantum information and quantum technologies more broadly has never been higher.

“As demands increase for public and private investment in this ever-growing field, vital research by leading scientists from WSU and around the region will play an important role in helping us to understand the behavior of materials used in quantum information science and other applications,” said Christopher Keane, WSU vice president for research. 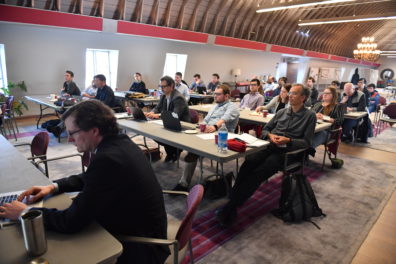 WSU kicked off the two-day event with opening remarks from Keane; Matt Jockers, dean of the College of Arts and Sciences; and Ananth Kalyanaraman, associate professor in the School of Electrical Engineering and Computer Science.

The WSU Department of Physics and Astronomy researchers featured during the course of the workshop included Brian Saam, chair of the department, faculty members Peter Engels, Michael Forbes, and Steve Tomsovic; and postdoctoral researchers Sean Mossman and Maren Mossman. Additionally, Subhanshu Gupta, assistant professor in the School of Electrical Engineering and Computer Science presented on the state-of-the art of superconducting electronics.

“When a cloud of atoms is cooled to ultra-low temperatures and enters quantum degeneracy, the matter-wave characteristic of atoms becomes apparent and leads to peculiar dynamics,” said Engels. “Bosons can form a new state of matter called a Bose-Einstein condensate, while fermions form an equally intriguing degenerate Fermi gas. The experimental realization of ultracold quantum gases has revolutionized the way in which the quantum mechanical foundation of nature can be studied and harnessed in the laboratory.” 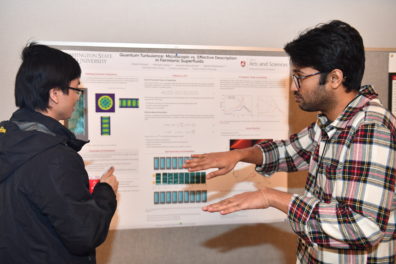 “These experiments study dilute atomic gases in one of the coldest places in the universe. For example, these atoms are a better vacuum and much colder than outer space. Nevertheless, they can be used to simulate neutrons in a neutron star – one of the densest and hottest forms of matter,” said Forbes. “An amazing property of nature is something called universality. It turns out that the physics of neutrons in neutron stars can be reproduced remarkably well using cold atom experiments. We hope to use these experiments to develop a complete theory of some of the mysterious phenomena seen in neutron stars, such as pulsar glitches, rapid increases in the rotation rate of neutron stars despite their continual loss of angular momentum.”

The NQN workshop at WSU was co-sponsored by the WSU Office of Research and the WSU Department of Physics and Astronomy. Key workshop organizing partners included PNNL, UW, and Microsoft. 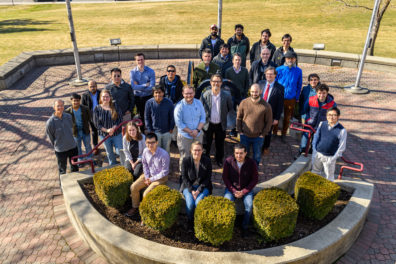 NQN is a coalition of research and industrial organizations in the Pacific Northwest and neighboring regions with the goal of advancing Quantum Information Sciences (QIS) research and developing QIS-trained workforce. A core focus of NQN is scalable quantum computing for clean energy, with principal research directions in applications for quantum computing, quantum algorithms, as well as the synthesis and characterization of materials for QIS.

The high concentration for QIS research in the Pacific Northwest makes it one of the top regions in the United States to address key QIS needs, including training, research, development, and commercialization and technology transfer. With increasing public and private investments in QIS, the demands for a northwest QIS workforce rapidly surpasses the rate at which new staff can be trained.

Through regional partnerships, the NQN leverages individual researcher expertise, institutional capabilities, and global engineering capacity that positions the region as the hub for all aspects of quantum technology. The NQN also serves as a nexus for a variety of activities to increase QIS research and development and workforce development in the Northwest. Key partners of the NQN include WSU, UW, PNNL, and Microsoft.