When you open the envelope for your 2020 Decennial Census next year, you will be directed to an online questionnaire inspired by Regents Professor Don Dillman. His extensive research and experimentation with visual design and social exchange theory have led to better user experience, increased response rates and higher quality data from surveys sent out by the U.S. Bureau of the Census, National Science Foundation, Gallup, Nielson, and many more organizations and governments worldwide.

September 16 marks the golden anniversary of Dillman’s dual appointment as a sociology and rural sociology faculty member at Washington State University. Today, he is an internationally renowned survey methodologist known for his deep interest in understanding how high-quality surveys can help nations and communities find solutions to pressing problems.

Fundamental knowledge
Hired in 1969 shortly after earning his PhD at Iowa State University, Dillman and his survey experience would prove invaluable during the turbulent times in Pullman and around the country the following year. His initial work with the WSU community ignited his remarkable career, inspired a book that’s been a top seller for 40 years, and led him to amass more than three-and-a-half million frequent flyer miles delivering lectures, presentations, and short courses, and consulting on projects around the world.

“There is a lot of science, as well as art, that undergirds doing surveys well. They can provide fundamental knowledge in an efficient manner, but it’s critical to correctly sample the populations we want to describe and to write questions that people can, and will, answer,” said Dillman.

From local transportation studies to nationwide polls, quality survey data are critical to serving a community or governing a country. The U.S. census determines a region’s congressional representation and the U.S. consumer expenditure survey helps determine the national cost-of-living index, which affects whether people receive payroll or social security adjustments. Dillman and his work have influenced both of these important surveys, and more.

“Don literally wrote the book on survey research design and implementation. He is the world’s leading expert in the field, contributing to both established fundamental practice, as well as introducing key innovations to improve response rates and data quality during a period of tremendous social and technological change,” said Monica Kirkpatrick Johnson, professor and chair of the Department of Sociology.

Early innovation
The technology in his first office on the ground floor of Wilson Hall included a corded rotary telephone, a used manual typewriter, and access to a solvent-based ditto machine in the department office. The University computer was in another building and required him to submit a set of sequenced punch-cards so that someone else could run his computer programs.

From the beginning, Dillman wanted to better understand public values of rural America. He used his faculty start-up funds to develop a highly successful mail-based survey for residents throughout the state of Washington.

“We didn’t know it at the time, but we were innovating personalization procedures that made a huge difference in whether people would respond to survey requests. We preprinted attractive, easy-to-understand questionnaires and then typed individual names at the top to make it clear that we wanted to hear from each person in the survey sample,” Dillman recalled. 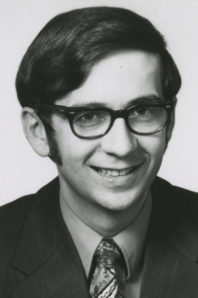 Changing times
The spring of 1970 brought unrest to campus as WSU students joined peers across the country in protesting the Vietnam war, the invasion of Cambodia, and the shooting of eight student protesters on the Kent State University campus by the National Guard. With the exception of a fire that dramatically destroyed the north stands of the football stadium in April, the WSU student protests were peaceful, including the 700-strong student sit-in that filled the French Administration building and extended out across Stadium Way.

Domestic racial tensions were also a major concern of the 13,000 students in Pullman at the time. Organizers called for a classroom strike the last week of May “to support the third world peoples in their efforts to end institutionalized racism at WSU.” After productive discussions and deliberations, the WSU administration agreed to host community-wide workshops in the fall and the week-long strike came to an end.

With the support of President Glenn Terrell and student leaders, Dillman worked alongside Jim Short, professor of sociology and director of WSU’s new Social Research Center, to set up one of the country’s first telephone survey laboratories to assess faculty, student, staff, and townspeople’s opinions of the two-day fall workshop.

“There was no one else that we knew of conducting telephone surveys back then. We invented methods on the fly, so to speak, adapting what we had done for in-person interviews,” he recalled.

An unprecedented 85 percent response rate proved their methods worked. Word spread and soon Dillman and the Public Opinion Laboratory team were helping colleagues in psychology, criminal justice, economics, and other disciplines develop telephone and mail surveys. The Associated Students of WSU commissioned a particularly memorable survey in 1978 to assess student opinion on whether to continue using a live mascot after the death of Butch VI.

Land-grant fierce
“As a land-grant institution, I think we have an obligation to try to do things that improve society and world,” said Dillman.

His career-long emphasis on the application of theory and research to improve survey methodologies has led to a better understanding of diverse issues involving everything from honeybee hive loss and national park visitor use to public inebriation, energy policies, and the decline of rural communities.

His first book, Mail and Telephone Surveys: The Total Design Method, was published in 1978. In an era before online databases and the ubiquity of e-commerce, it was almost a year before he learned anyone had bought even one copy.

“I was amazed how many people picked up on it. In essence, the book launched my career, because the cost of doing in-person surveys was skyrocketing and no one else had published specific procedures for implementing telephone and mail surveys,” Dillman said.

A legacy in action
When the response rate for the 1990 U.S. census dropped significantly, the Bureau of the Census knew they needed help. Dillman, with his extensive experience, was their top choice. Through a formal intergovernmental personnel act appointment, Dillman spent two years of his faculty career based in Washington, D.C., serving as the senior survey methodologist for the bureau.

He was honored that year with the American Statistical Association’s Roger Herriot Award for Innovation in Federal Statistics for his work on the census and other federal agency surveys. In the years since, he has accepted multiple advisory appointments from the U.S. secretaries of labor and commerce and the National Academies of Sciences, Engineering and Medicine (NASEM). In 2016, Dillman chaired a National Academy of Sciences panel tasked with developing redesign options for the U.S. consumer expenditure survey, and he was awarded lifetime designation as a NASEM National Associate in recognition of his extraordinary contributions to its National Research Council and Institute of Medicine programs. 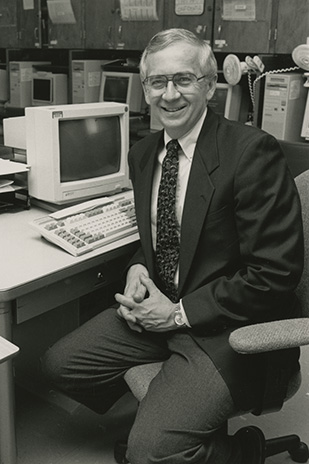 Dillman’s Shop
His overall contribution to the field of sociology, and to WSU, is unsurpassed. The WSU Social Research Center was renamed the Social and Economic Sciences Research Center (SESRC) in 1984 and he served a decade as its director (1986-96), significantly expanding the center’s scope of activities. Today, the center is affectionately known as “the Dillman Shop” by survey centers and clients across the country. His development of experimental testing and procedures that influence survey response are the blueprint for SESRC’s continued success.

“The WSU sociology department is strong today in large part because of Don’s ongoing investment the next generation of researchers and innovators. He has served as the dissertation chair for 30 PhD students and trained countless other students,” said Johnson.

“I have been very fortunate,” he continued, “to work with many talented students. I interact with people all over the world about surveys, but working with graduate students is where I can dissect ideas and ask ‘what can we do here?’

“WSU is a fascinating place and I enjoy waking up in the morning wondering if I will have an email asking for my thoughts on a survey problem someone is working on.”

The Department of Sociology and the College of Arts and Sciences hosted a reception to honor Dillman and his continuing career on September 16, 2019, at the Lewis Alumni Center.

Established by Jolene Smyth (’07) and Leah Christian (’07) in honor of Don Dillman’s dedication to graduate education, the fund will support dissertation research by graduate students pursuing a Ph.D. in the Department of Sociology at Washington State University. Contribute at go.wsu.edu/dillman-fellowship.

Story by Joanna Steward, College of Arts and Sciences